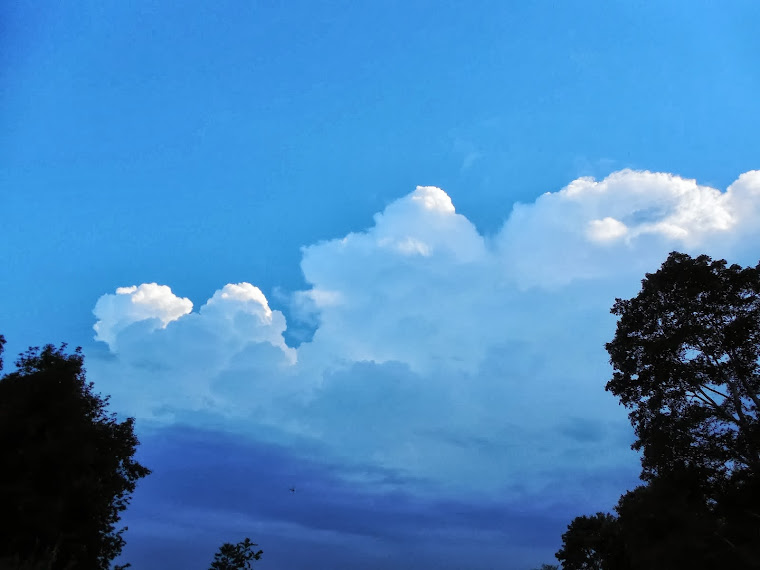 a raft of sun tipped clouds sailed by

Mermaid with a Camera

Nine Questions for Alexandra de Steiguer: The Mermaid with a Camera


During her 16 winters living alone as the winter caretaker for Star Island on the Isles of Shoals, Alex de Steiguer documented her experiences in words and pictures in a book called Small Island, Big Picture; Winters of Solitude Teach An Artist to See. Drift Gallery is exhibiting her photos from August 24 to September 22 in conjunction with the book launch that takes place on August 24, from 5 to 8 pm. All photos by Alex de Steiguer.


Self Portrait
How would you describe yourself in two sentences to someone who didn’t know you or your work?

A quirky, often happy, semi-recluse, who follows creative urges (though many be unsuccessful), for the simple need to express, and for the joy of potentially giving back that which I feel I have received in abundance from my experiences.  In my photography I – like many artists before me - work toward expressing a universal; my images are just another “finger pointing to the moon.”

Where were you born and raised and did anyone in your family or life influence your turn toward the sea?

I was born in Manhattan, but raised mostly on the edge of the Great Swamp National Wildlife Refuge in northern New Jersey – a place of wildness and beauty a mere hours drive from the city, set aside for the use of migrating birds and the resident wildlife who – I imagine – should be very grateful, though – rightfully speaking – it was theirs to begin with!

My influence toward the sea came mostly from books early on.  Though I had family at the Jersey shore and would visit often, I don’t think the absolute “wildness” of the ocean truly struck me until I was on a visit with a high-school friend to her family’s summer home on an island in Boothbay, Maine.  There the coast is rocky and wooded – unlike the heavily peopled, long stretches of sand that I was used to.  There in Maine I could look out at the horizon and actually imagine old sailing ships plying the waters carrying necessary wares, or fishing schooners returning to port, their holds full of salted catch.  There in Maine, the romantic in me could flourish, I could visualize history more easily – and not just human history – but geologic.   The sea – to me at that time (and still), was the epitome of all that is wild, untamed, ancient yet free.  A very appealing image to a young person just trying to figure it all out.  But I think even moreso now to an adult, who sees a societal system full of fences, boundaries, and cages, and the way we seem to unwittingly indenture ourselves to this system.   The sea was my personal antidote to all that.
When did you begin to realize your affinity for the marine environment? What was it that attracted you?

That first experience on the coast of Maine was the start.  I was addicted to that sense of freedom that I felt just looking out at the long line of the sea’s horizon, and I knew somehow that that’s where I belonged.  So just out of high school, I shipped out as a student and crew on my first sailing ship – an old barkentine called Regina Maris. 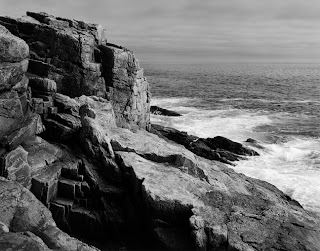 Rocks and Sea
Most people reject the notion of staying alone out on a desolate New England island in winter as a caretaker. What is it about this mild/wild, serene/terrifying experience that keeps you going back? There must be some pretty intense storms you will never forget!

I think you’ve hit on the answer with your question.  It is mild and wild, it is serene and terrifying.  In other words – it is alive.  I think this is how we used to feel as a species, as Homo Sapiens.  We used to experience things the way animals still do, and I think there’s some part of our ancient brain that still longs for that.  During sixteen winters among them, I’ve spent a lot of time watching the wild animals now, and I don’t think I’ve ever seen one look bored, though if they ever are – I imagine it’s not for long.  Curious, sleepy, alarmed, fearful, joyful, meditative, - what I’m trying to say is that they seem engaged with each moment in some immediate way.  They’re not waiting for future moments, or re-hashing past ones, like we tend to do.  To answer your question – I keep going back to the islands because I feel alive there too.  There are storms, and yes, they are scary and brutal (though none as scary as actually being on the sea during one – and I’ve experienced my share of those too).  There is also calm, there is peace, there is each moment to be experienced in its turn.  I feel that, on the islands, I have found life. What other marine experiences/jobs have you had over the years?

So before my island caretaking job, I sailed as crew – mostly as deckhand but also bosun – on the tall-ships for about nine years.   These ships weren’t “head-boats” as the tourist trade ships are called.  I had no interest in those.  These were either research ships or ships with sailing-school missions in which the voyages were long – mostly off-shore sailing.   This type of work made me feel I was helping to do something positive, something meaningful.  I think to send a young person to sea is one of the most important and life-changing experiences that we might give them… or I should say – that the sea can give them, - that feeling of actually being responsible for the ship, for your own lives and for those of your shipmates.  – A voyage for a young person on a ship, is I guess literally a “right of passage.”
Do you crave certain aspects of the sea, such as the scent or the shoreline, or the waves, or the sky?

I crave all aspects of the sea.  I think the more of your senses involved the better!  As far as I’m concerned, the sea is a full sensory experience.  Now, if only viewing-photographs of the sea can be appreciated in the same way!
When did you begin to take photographs? When and where did you begin to exhibit?

I started using my brother’s old 35mm when I first started sailing, though I didn’t think about it in any “serious” sense at that time.  But on my third ship, the bosun was shooting black & white and developing the negs and even printing in the ship’s foc’sle where he’d set up a very sketchy darkroom arrangement.  He talked me through the development of my first roll of film – I think while we were underway from Holland to Spain…  well, I was hooked.  Not because I was so into the technical aspects as much as I was interested in the creative control that processing my own film, and then later – printing in a darkroom – provided. 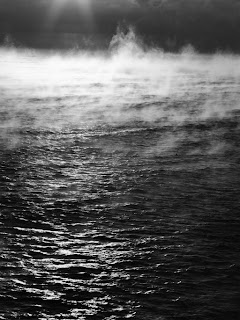 
I’m proud to say I first exhibited my work at Ceres Bakery in Portsmouth, many years ago now.  Penny – the owner – has generously provided the bakery walls to so many of us artists over the years.  If you’re reading this – thank you again Penny!
How long has your book (Small Island, Big Picture) project taken? When did you decide to bring your collective Star Island experience to a book or did you have a book project in mind from the start?

Once I started to get serious about the project, it has taken about two and a half years, off and on.
I’d been dreaming of doing a book though for a long time.  One of the things I’ve never liked about my “framed, wall images” is that they are very time consuming and expensive to make, (especially these days - the high costs of wet-darkroom supplies and film are crazy) and so I have to charge a lot for them.  Not a crazy amount (compared with some), but more than I would certainly be able to afford myself - if I were an art buyer.  So a book is really perfect in that I can offer many more of my images, and even some stories, in an intimate, take-anywhere, affordable way.   Also a book is a much better way to get across the ideas that I’m trying to express in my work.  I’m hoping this book – a combination of words and images – might inspire people to get out there more and have their own experiences within the environment.  Firsthand is always best!
Was it difficult to find a publisher?

I didn’t even look.  I got lots of advice about this, advice that made sense.  A book publisher would have owned all the rights, would have insisted on creative control, and then would be in charge of all the decisions of where the book would go, when to pull it off the shelves, and when to stick it on the “sale” table at the big chain stores, meaning – your book is done.  Also, authors that go this route – unless they hit it big in the reviews – often make very very little on their books.  None of that sounded appealing, so instead I took the chance and self-published under my own press – “Mid-Tide Press.”  I purchased ISBN #’s in a block of ten, so… I’ve got nine more book possibilities I guess…  Stay tuned! 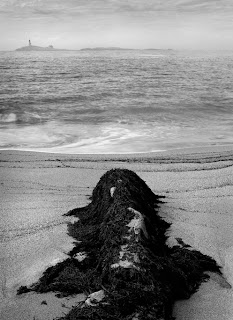 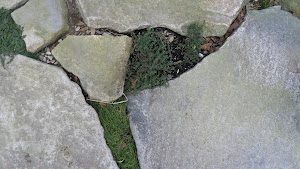 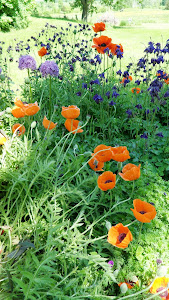 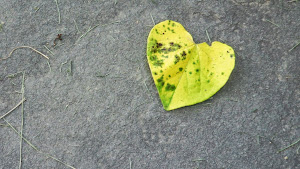 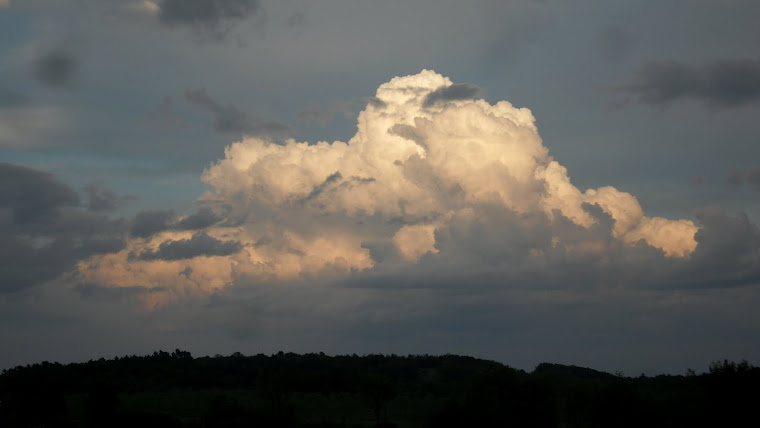 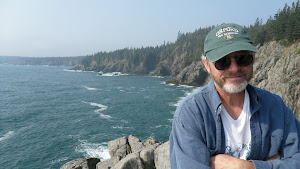 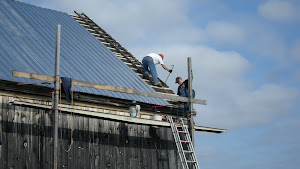 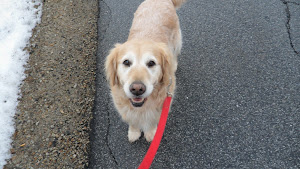 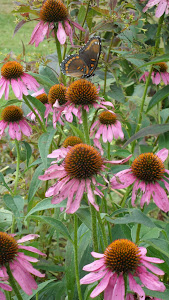 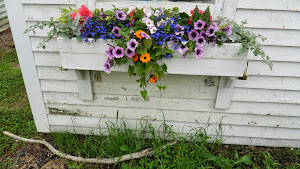